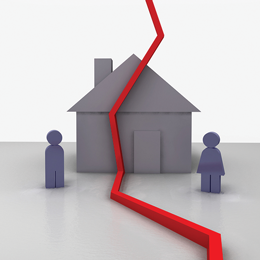 Cohabitation without a living together or cohabitation agreement is a common source of legal dispute when a relationship breaks up, as a recent case involving a very wealthy businessman and his ex-girlfriend shows.

When the couple split up, the businessman claimed that the house in which his ex-girlfriend lived was held on trust for him, despite the fact that his name was not on the deeds.

He had paid the £100,000 deposit on the £650,000 house, the costs of its purchase and all the instalments on the mortgage. However, the property was in his ex-girlfriend’s sole name and the First-tier Tribunal (FTT) found that he had given it to her lock, stock and barrel. She was both the legal and beneficial owner of the property and he had no interest in it.

The FTT noted that its finding was consistent with his remarkable generosity towards her during their relationship. Amongst other things, he had bought her a £160,000 Bentley, bankrolled her in a £100,000 fashion and jewellery shopping spree and paid for £8,000 worth of monogrammed sheets and towels. The FTT found that he had assured her that, whatever happened, the property would be hers.

It accordingly rejected his claim.

The person whose name appears on the title deeds of a property is presumed to be its rightful owner in the absence of convincing evidence to the contrary.