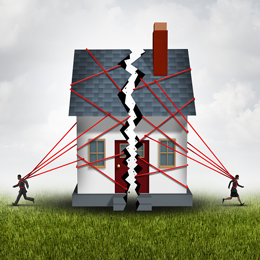 Obedience to court orders is not voluntary and judges possess a battery of powers to enforce compliance. In one case, a divorcee who barricaded himself into his former matrimonial home in order to prevent its enforced sale was given ten days to move out – or go to prison.

The sale of the £500,000 farmhouse had been ordered so that the proceeds could be divided between husband and wife as part of their £6 million divorce. However, over a prolonged period, the husband had refused to leave. He was said to have surrounded the property with barbed wire and to have stated that he would only move out in a body bag.

A family judge ultimately imposed a six-month suspended prison sentence after finding the husband in contempt of court. He was warned that the sentence would be activated if he did not move out by a particular date. The decision was upheld on appeal by the Court of Appeal: he was given ten days to vacate the property or face arrest and immediate imprisonment.

Obtaining compliance with judicial rulings regarding financial settlements on divorce can sometimes be problematic. For assistance in making sure court orders are obeyed, contact us. We operate a free and confidential 24 hour email service. Just click on [email protected]  or, during office hours there is a free and confidential legal helpline 020 7381 8111.