Insolvency No Bar to Liability for Support Payments 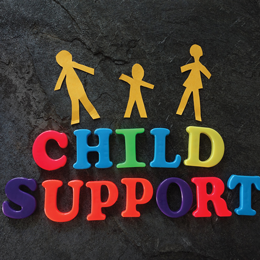 A recent decision of the High Court will come as a comfort to those whose ex-spouses have fallen into arrears with their child maintenance payments.

It involved a man who was behind with child maintenance payments payable to the Child Support Agency when he died. He had also agreed to maintain a life assurance policy which would provide for his ex-wife and child in the event of his death. Without telling his ex-wife, he stopped making payments so it lapsed. Had she known, she could have paid the premiums herself. His estate was insolvent if the maintenance liabilities were recognised as liabilities of the estate. The man’s executors went to the High Court to obtain a ruling on whether or not they were.

The case effectively arose out of the legal definition of a ‘provable debt’, which exempts certain debts from having to be accounted for after a living bankrupt is discharged.

The two liabilities above appeared to meet the statutory definition which stipulates that ‘in bankruptcy…any obligation arising under a maintenance assessment made under the Child Support Act 1991’ is not a provable debt. A living bankrupt, on discharge, is discharged from liability for provable, but not non-provable debts.

So were the debts recoverable from the man’s estate?

In a judgment that sought to preserve common sense and a fair outcome rather than adopt an overly literal approach to the law, the judge ruled that the debts were, for different reasons, recoverable in each case.

The decision will give comfort to those who could find themselves in a similar position.

For advice on the financial aspects of marriage breakdown or assistance in negotiating a fair settlement, contact us. We offer fixed fees and give excellent value. We operate a free and confidential 24 hour email service. Just click on [email protected]  or, during office hours there is a free and confidential legal helpline 020 7381 8111.