IT Salesman Who Betrayed Employer’s Trust Pays the Price 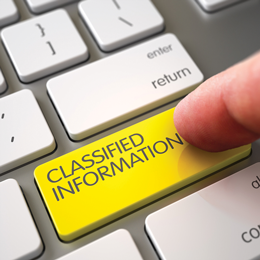 Many people dream of leaving their job and setting up their own business – but it is vital to remember your former employer’s rights when doing so. In a recent case, an IT salesman who misused confidential information to give his new venture a head start was financially ruined by a High Court ruling (Decorus Limited v Penfold and Another).

Daniel Penfold commenced employment with Decorus Limited as a sales account manager in April 2012 and left on 8 February 2016 to set up his own business.

Prior to resigning from his post, he viewed client lists and sensitive pricing information on his employer’s database and diverted orders from an important customer to his new and competing venture. Following his departure, he made use of the confidential information in seeking to establish his business and the Court found that those actions amounted to a clear breach of the duties of confidence and fidelity that he owed his employer.

He had also taken steps to solicit Decorus clients with whom he had dealt. This was in breach of restrictive covenants contained within his employment contract, which the Court found to be reasonable and enforceable.

The Court ordered him to pay £29,852 in damages to his employer and the estimated £80,000 legal costs of the case. His lawyers said that he would be financially wiped out by the decision.

We can advise you on drafting restrictive covenants that will both protect your legitimate business interests and also be viewed as a reasonable restriction with regard to the individual nature of your business. We offer fixed fees and give excellent value. We operate a free and confidential 24 hour email service. Just click on [email protected]  or, during office hours there is a free and confidential legal helpline 020 7381 8111.