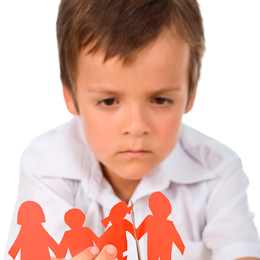 The voices of children will always be heard by family judges in care proceedings, but they are not always decisive and can be outweighed by other factors. In one case, a boy’s vociferous wish to live in England with his mother was overruled by a judge who found that his best interests lay in returning to Ireland to live with his paternal family.

The boy was aged nine when his parents separated. Due to the mother’s chaotic lifestyle and mental health problems, a court directed that he should be cared for in Ireland by his father and paternal grandparents. However, after the by then 13-year-old flew to England on an agreed visit to see his mother over the Christmas period, she refused to send him back to Ireland.

The father launched proceedings in London to enforce his return. The boy claimed to have been emotionally and physically abused by his father and, with his mother’s support, expressed a determination to stay in England. It was submitted that returning him to Ireland would be both harmful and intolerable.

However, the judge found that, given his emotional dependence on his mother, only limited weight could be given to the boy’s expressed wishes and his account of his father’s conduct. There was evidence that his father and grandparents had given him consistent, dependable and sensitive care in Ireland.

The boy’s education had been badly interrupted by his mother’s unlawful retention of him in England. There was also a risk that chaotic incidents which had originally led to his separation from his mother might be repeated. In those circumstances, the balance lay firmly in favour of his returning to Ireland. His progress would be closely monitored by Irish social services and he would at first live with his grandparents, before being gradually reintegrated into his father’s care.