In the Style to Which One Wishes to Become Accustomed 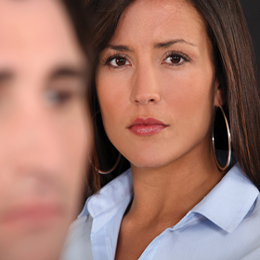 Divorce cases involving the very rich are over-represented in court reports for the simple reason that where the family is very wealthy, the costs of arguing over the division of the assets are deemed to be worth incurring, which may not be the case for families with much more modest assets. However, the legal principles that apply are the same in all cases.

In a recent case, a man’s ex-wife sought a divorce settlement of some £29 million against his offer of £8 million. The husband had brought very substantial inherited wealth into the marriage and it was agreed that the settlement should be based on his ex-wife’s needs. The dispute ended up in court because they made very different assessments of her future financial needs in respect of annual expenditure and housing.

The ex-wife claimed that she required an annual income of £500,000 plus £6 million for a country house and £3.6 million for a London home. In addition, she needed a further £950,000 in order to furnish and refurbish the properties. She also sought £1.1 million to provide housing for her parents.

The husband contended that far smaller sums would be adequate, based on an income need of £150,000 per year and lesser sums for housing.

The provision of child maintenance of £15,000 a year for each child until they completed tertiary education was not disputed.

Commenting that the wife’s evidence ‘comes through, and is distorted by, a highly charged emotionally jaundiced prism’, the judge was critical of her wish to adopt a new and more expensive lifestyle after the divorce. She asserted that it was not extravagant because it reflected how she wanted to live and also reflected her social circle.

Noting in the 28-page judgment that the wife ‘appears to have indulged every whim’, the judge found that the annual sum needed to provide for her reasonable needs was £175,000.

Basing his judgment on the capitalised sum needed to provide for the ex-wife’s income and housing needs, which were also substantially scaled down, the judge awarded her £9.1 million less a deduction of £300,000 on account of her ‘profligate’ expenditure.