Relationship Breakdown Hurts, But a Lawyer Can Help Ease the Pain 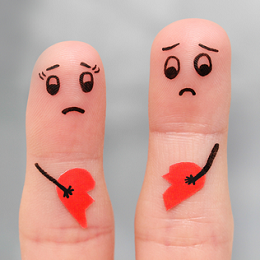 The breakdown of a relationship is sadly often accompanied by dispute over the ownership of once shared possessions. However, one High Court case vividly shows why it is nearly always sensible to seek compromise with the benefit of legal advice, rather than resort to costly litigation.

A wealthy same-sex couple had never formalised their 15-year relationship, but both viewed it as akin to marriage. Together they had achieved considerable financial success, establishing a substantial property portfolio and a lucrative chain of tanning salons. Following the acrimonious parting of their ways, however, they could not agree on who owned what. Title to numerous personal possessions, including a Mercedes CLK 200 cabriolet and even four potted plants, was also in dispute.

The High Court found, amongst other things, that each of them was entitled to an equal share in the flat where they once lived. Two companies through which they ran their business interests were also split 50/50, although one of the couple was declared sole owner of the Mercedes. The Court expressed regret that the dispute could not have been settled by agreement without the need for a contested hearing and at considerably less cost and heartache.

The High Court is seldom the most cost-efficient place to decide issues such as these. We have considerable experience in assisting clients to reach acceptable agreements in cases similar to this, without the need for expensive court proceedings.”