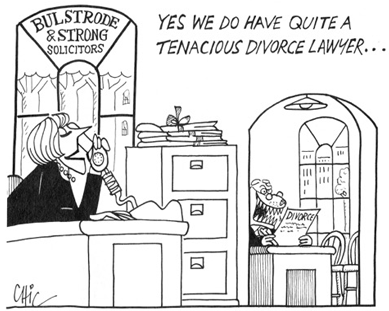 With new guidance having been issued regarding the interpretation of ‘need’ for the purpose of financial settlements on divorce, a recent case shows how the courts have been moving away from a rigid adherence to the principle of ‘equality’ in the division of assets.

It involved a wealthy couple who had in excess of £10 million in assets when they commenced divorce proceedings 14 years after they married. The ex-husband argued that his former wife’s claim for a half share of the assets was not appropriate because he already owned their main asset – a care home business – when they married.

He claimed that the business was worth an estimated £5.6 million when they married. His ex-wife claimed that it was almost valueless and was only restored to a solid financial footing by virtue of her hard work. She argued that a 50:50 split of assets would be fair, since their wealth had been built up jointly. She also claimed that her former husband had promised her a half share.

A satisfactory settlement in any divorce will depend on having experienced and expert legal representation. We are here to help. We offer fixed fees and give excellent value. We operate a free and confidential 24 hour email service. Just click on [email protected] or, during office hours there is a free and confidential legal helpline 020 7381 8111.